Valpolicella: characteristics and wines of this extraordinary region - Vianello Wines

VALPOLICELLA: characteristics and wines of this extraordinary area 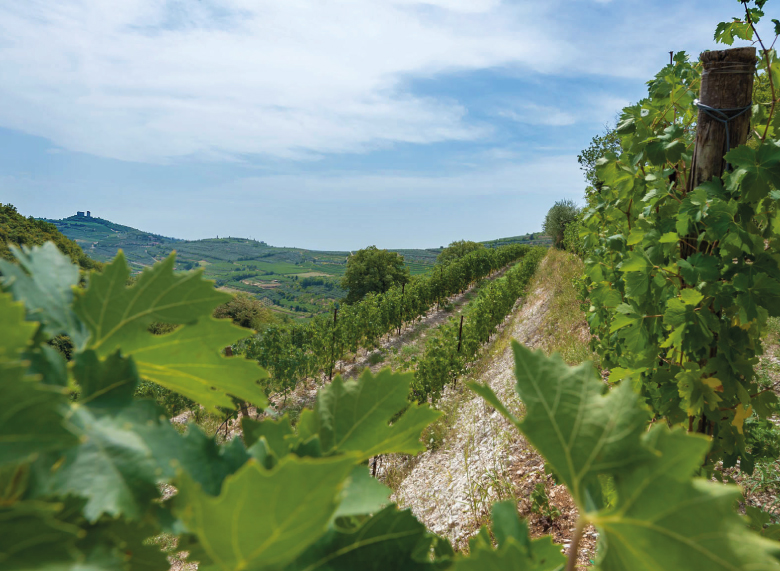 Do you know about the true meaning of the name “Valpolicella”? What about the world-unique characteristics that make out this area’s vocation to viticulture and to yielding prestigious and high-quality red wines?

First thing first: the etymology of the name “Valpolicella” is not clear nor certain as there are many different theories about it. However, they all point towards the same underlying concept: the absolute greatness of this rich region.

The most shared opinion accounts for a latin derivation from “Vallis Polis Cellae”, which translates into “valley of many cellars”. It is a curious denomination that would confirm an ancient knowledge about the great vocation to winemaking of this area. Though we don’t know whether it is true or not, we like to think of it as the real meaning of the region’s name, as this would still apply to this day and be able to encode its exceptional value.

Other theories claim that the word is of ancient Greek origin, with the original meaning of “land of many fruits” or “land of many splendours”. This would also tell a story of a generous land, with a strong, fertile and precious soil which gives us outstanding-quality wines.

Characteristics and peculiarities of the area

As already mentioned it’s a mainly hilly area which stretches on a 240 km2 surface and covers 19 municipalities, 5 in the so-called “classic” area and 14 in the DOC one.

The wine-making area has historically been divided into:

Overall, the climate is here warm and mild with moderate temperature ranges, thanks to the influence of the Garda lake which keeps them in control. Hilly areas are characterized by very special microclimates, where rainfalls are more frequent, temperatures are higher and temperature differences between night and day are bigger.

The soil is, on the other hand, very diverse and gets very different within adjacent areas thus giving rise to different peculiarities in the wines:

Casa Vinicola Bennati is an historic company producing all of the most renowned wines of the area of Verona, among which some great Valpolicella DOC and DOCG.

A selection of wines that is the crowning glory of a long winemaking tradition:

An outstanding wine with great character. On the nose an intense aroma of ripe fruit, jam and delicate floral notes, all of which then turn into tobacco, cacao and cinnamon. It is very elegant on the palate, thanks to the harmonious balance between its power and its smoothness. The finish is complex, with clear notes of brandied fruit – cherries, blackberries, raspberries – and intense balsamic notes.

A deep ruby red wine with purple hints. An intense bouquet of stewed fruit and jam. The elegance on the palate is the result of the perfect harmony between its power and its softness. Complex finish with clear notes of cherry, blackberry and raspberry jam and intense spicy hints.

Intense ruby color with purple hues. It gives a strong bouquet of ripe red fruit such as plums and cherries. On the palate it is sweet, velvety and balanced.

The characteristic and delicate violet aroma of the Corvina variety is followed by intense red brandied fruit notes, which give this wine an austere and extremely elegant character. On the palate it is dry, warm and well-structured.

Its colour is an intense red that tends to garnet and it exudes intense ripe fruit and cherry aroma on a background of vanilla, tobacco and cacao. It is pleasantly smooth on the palate with a long finish.

This wine has an intensely red colour and gives generous notes of ripe wildberry notes and delicate spicy hints of tobacco, coffee and juniper. Its soft tannins make it velvety, complex and very elegant.

Deep ruby red wine with notes of ripe fruit – cherries stand out – on a background of vanilla, tobacco and cacao. It is soft on the palate and has a long finish.